» For all the latest news www.facebook.com/morphs.be 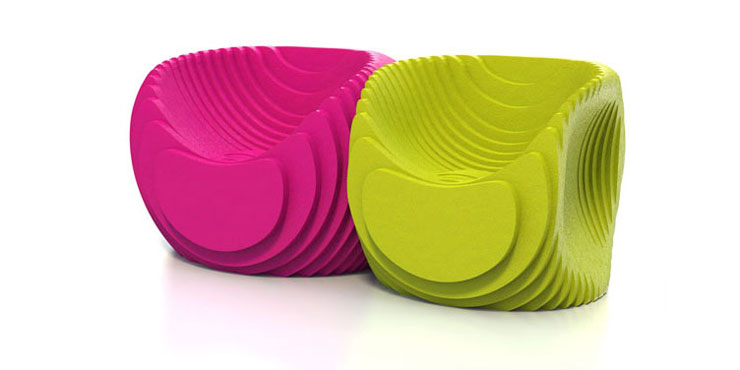 Peter Donders sure has been making waves in recent years, both online and offline.

Soon after he launched his morphs website, pictures of his "morphs seating line" started spreading around the web. It was but a small, yet already a pretty steady stream of spectators, until he released his Carbon Fibre creations.

Images of the C-Bench and C-Stone went viral within hours after they first hit the web and they were re-published on hundreds of blogs and sites. It wouldn't take long before even the regular media took notice. And the fascination was global right from the start.

Specialised magazines and publications paid close attention to what Peter was doing. Architects, Garden Architects and Interior Decorators took notice. As did the insiders in the technology and design world. Articles soon popped up from all over the planet. 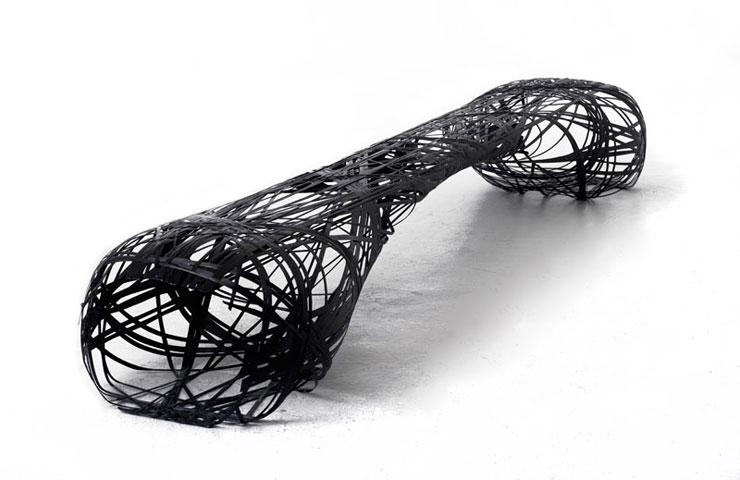 From China over Australia and South America to the USA, Canada, Europe and via Russia back to Asia again; blogs, sites, trade magazines and newsletters and even main stream media confronted their audiences with Peter's unique creative approaches and the works resulting from it.

His C-Bench was sold to St Tropez and Qatar - still 7 to go as it is a limited edition - and it traveled from Nike HQ in Portland, USA to BMW HQ in Munich Germany to be analysed and admired by their in-house designer communities. These folks know Carbon... but still. It seemed a twist of fate... literally!

"There are some people that don't really care all that much about what I am making, as in: they're not necessarily interested in buying it, but they are fascinated and very interested in and curious about how I am doing it." Donders explains. "Even big corporations that had been using carbon for quite some time seemed bewildered by some of the methods, the techniques and the processes we came up with."

Peter was contacted by major global players that wanted his "Carbon Calligraphy in 3D" to be featured in their own catalogs and other marketing materials. He even was approached by one of the companies doing the stages and decors for the main Oscars event in Hollywood. 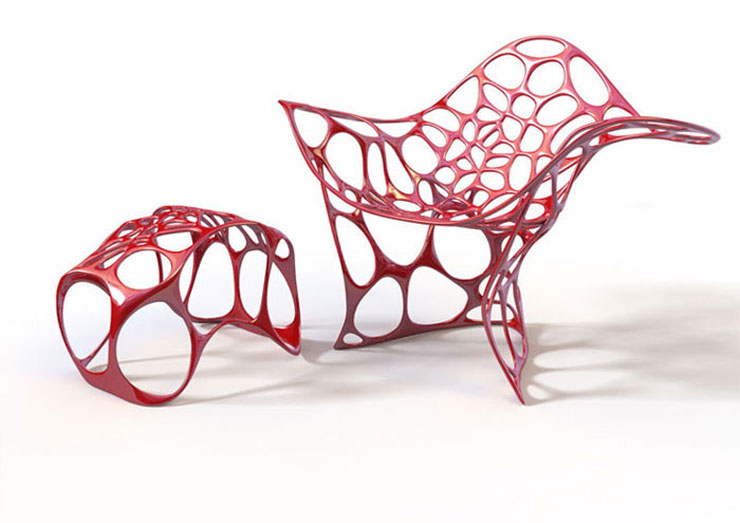 When totally unexpected Peter switched from Carbon to Aluminium and released his Batoidea chair, it only took weeks before he watched it travel from one exhibition to the next. From Moscow over Poland and Germany to Paris. With so many International Design Weeks, it seemed easier to just see it all as one continuous International Design Year.

Unencumbered by all the attention Peter continued his experiments, with different approaches and different materials, by now followed closely by online and offline press and design enthusiasts, most of them by now facebook friends.

They all witnessed how he managed to catch them off guard and how he stumped them all, yet again, by launching his own jewelry line under the morphsine brand name. "Why restrict myself to furniture" he grinned. "Why limit yourself to Carbon and Aluminium if you get to play with Gold, Pink Gold, Titanium, Silver... and a few more materials that I have yet to challenge myself with."

All the media attention didn't go unnoticed. Soon followed invitations for seminars, lectures, proposals to take on free-lance teaching jobs exploring and explaining the very latest in 3D Design and Direct Digital Manufacturing techniques. From the initial design concept right down to the finished product that is of course, since Peter had obviously mastered most of it.

In a world that sometimes gives the impression to be close to drowning in "products", the artefacts of our consumer society, some people realised that Peter was more than just a shrewd salesman trying to sell his goods. It were his in-depth know-how, his thorough insights and his experience and skills that made Peter Donders himself the "product" they were after.

So what's next for this bloke from Belgium? "I could take one of my jewelry pieces and blow it up, make it 100 times as big as the original and then make it in concrete. It might make a nice garden statue, no?" "Or work with one of our famous flemish fashion designers and make a line of fashion accessories for them, that would be fun." "Or take one of those teaching jobs on one of Europe's Fashion Academies for a year or so."

"Expect the unexpected" is the only guideline you'll ever have on Peter. "Art is what's happening while I'm making other plans" he quips. You better believe it!

Peter Donders is definitely not the only one surfing the current 3D Printing wave, but he's one of the few that can claim to have made his own waves.

No reproduction in whole or in part, in any form or medium allowed,
without prior written permission of peterdonders.com.